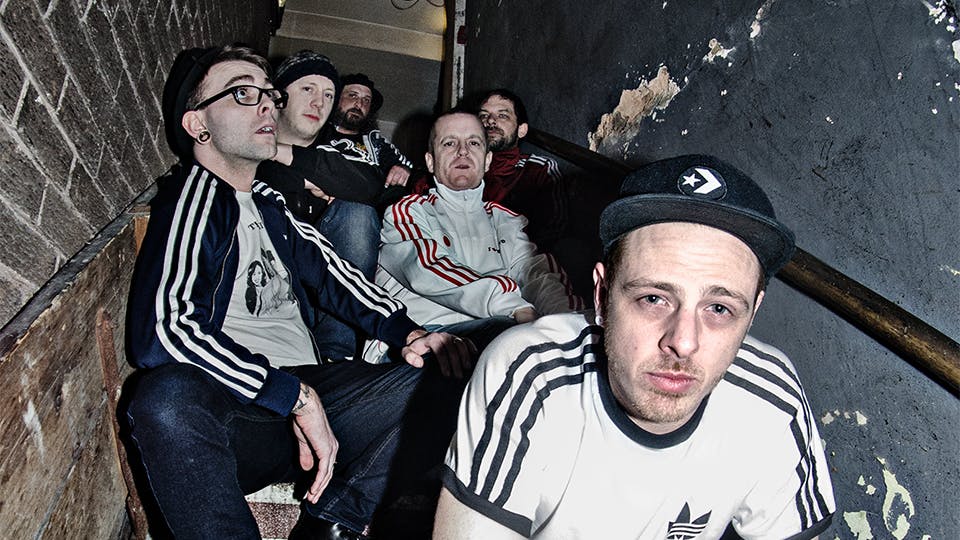 Eye The Bomb are a 6 piece Alternative Rock band from Blackpool UK who fuse together elements of Rock, Funk, Hip-Hop and Punk. Since forming back in 2014 the band have performed at many high profile events both as Eye The Bomb and under their previous moniker ‘The Cheeky Keys’.

The bands dynamic cross-genre vibe appeals to a variety of crowds and has enabled them to support a number of big names such as Chuck Mosley (Faith No More/Bad Brains), DJ Format & Abdominal, Strange Bones and Chali 2na (Jurassic 5) to name a few.

Their debut E.P. ‘Bastardise’ received good praise from Rage Against The Machine producer Garth Richardson, quoting “Very Cool! Very Rage meets the Beastie Boys”. Eye The Bomb differentiate themselves from their contemporaries by complimenting their sound with an exceptional turntable section, provided by DJ Scott Rogan, who cuts and scratches the bands lyrics and samples perfectly over the live instruments seamlessly.