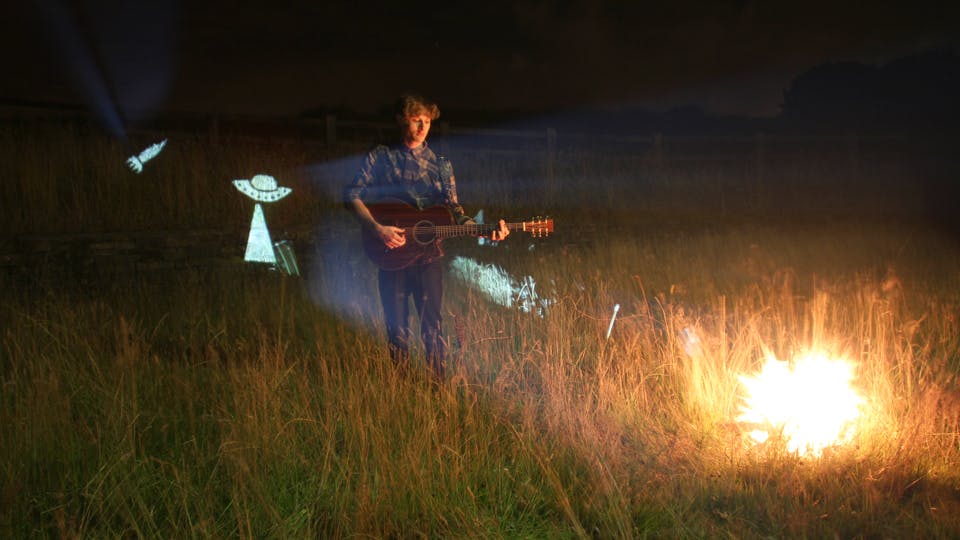 An exploration of Folk/Americana influences outside of his work with Alt-Rock outfit Dan the Thief, Jamie Hamilton recorded ‘Roots EP’ in late 2012. Initially intended as a set of demos, the songs gained an unanticipated level of interest and were released through Sunbird Records in early 2013.

Work on 2014’s ‘Circles’ with his Sunbird Record labelmate Jonathan Lindley saw a more expansive and experimental sound emerging, with the record’s drum machines, layered synths and twisted production paving the way for 2016’s well-received ‘The View Before We Hit The Water’.

Operating firmly outside of the mainstream, Jamie Hamilton continues to create quietly ambitious musings on relationships, technology, politics and the human condition. His 2nd full length album, ‘Love Songs For The End Of The World’, is set for release in February 2019.

On ‘Roots’, Jamie Hamilton admits, “I am not the one”. There’s a sad beauty in the number one. It can mean simplicity. It can mean victory. Independence. Loneliness. It can be powerful or meaningless. Roots EP was built on the number one. Recorded on a single microphone in the same small room as its songs had been conceived and written, one voice and one guitar guide an unwilling passenger through solitary tales of disillusionment and loss. All of the above connotations are present. There is simplicity in the instrumentation (or lack thereof), exposing a vulnerability behind the at times harsh northern dialect. Victory is hidden in the escapism of untethered travel or the warm bursts of companionship in the fleeting harmonies. The coward leaving everything behind in ‘Mirrors’ is empowered with a new independence, but with it comes a loneliness as destructive as that felt by the man howling at the moon in ‘Blueprints’. No matter how meaningless the voice in ‘Protests’ believes himself to be, there is a power in the renewed optimism to defeat the ‘disease’ of a watered-down liberty at the song’s climax.

You don’t need the uncertainty or isolation of its characters to enjoy Roots EP; just headphones, a quiet room and 16 minutes.