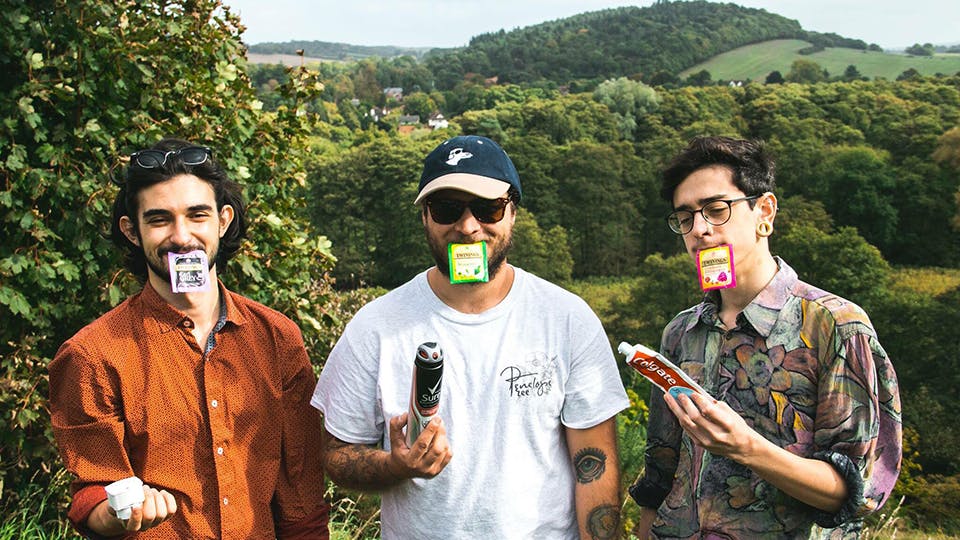 Let’s Swim, Get Swimming are an instrumental math rock band hailing from Surrey, UK. The band consist of drummer Thomas Shrimpton, bassist Andrew Stokoe and guitarist Paddy Towner. Paddy is a new addition to the band as of July 2017, replacing the incredibly talented Will Lancastle. The three remaining members all studied at The Academy of Contemporary Music.

After solidifying their friendship at the annual Arctangent music festival back in 2016, Shrimpton, Stokoe and Towner decided to work together, infusing their talents and their individual musical influences and tastes. Lets Swim, Get Swimming was born October 2016 and immediately gathered momentum. By December 2016, the band were writing and recording in the studio, and recorded their debut record ‘Islands’.

The lead single from Islands, “The Hair Manny” was also released as the bands debut music video in February 2017. The video was premiered on ‘The Math Rock Times’ and received  very strong feedback from the Math Rock scene.

Islands brought the band immediate attention and landed them support slots with well established acts such as Totorro, The Physics House Band, And So I Watch You From Afar, Strobes, Tangled Hair and more. On the back of this success, Lets Swim, Get Swimming organised and embarked on 3 tours around the U.K, one consisting of a headline tour of 10 shows in 10 days.

The band continued to write and work hard, releasing two new tracks and two accompanying videos in mid 2017 – ‘Bowl Edmunds’ and ‘Rosjenkins’. These tracks caught the attention of the in-house promoters at the independent venue, record label and studio – ‘Sunbird Records’. After numerous shows at the venue, the label decided to step in and offer the band a recording contract. The band are due to record their first full length record at Sunbird Studios this year.

The album, which has been a labour of love for the band, will have a guest feature from a well respected act in the Math Rock genre – yet to be announced.

Keep your eyes peeled for this exciting and extremely talented, instrumental trio yet to disappoint.