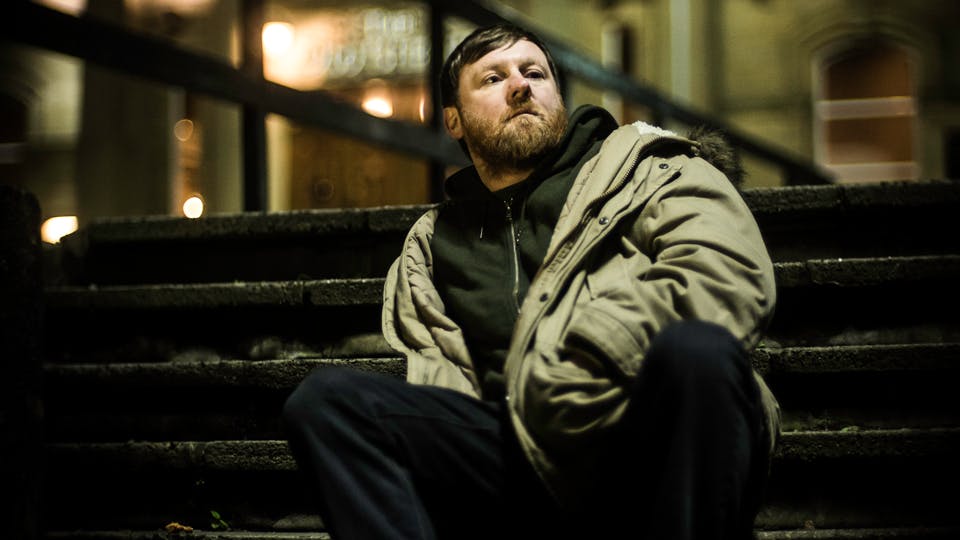 Razorrawks began spiritually long before it was obvious to himself there was anything to get spiritual about. Blamed and often berated for the confines of his introvert nature at an early age – music became a function to help translate the dysfunction of the homespun backdrop in which he found himself. Broken family values demand any emptiness be filled with whatever distraction’s necessary to plaster the cracks – life became lyrics became life – this is still the writing on the wall.

Hailing from Preston, he’s unmistakably identified through his original delivery, regional dialect and Northern pride, he combines inspired lyrics over well produced beats drawing influence from all that surrounds him. Due to his eclectic approach comparisons have been made with the likes of John Cooper Clarke, Jamie T, Guy Garvey, The Prodigy and more.

The dissolution of his first group Residential (Boxer Records) in 2002 along with the death of his close friend resulted in a musical hiatus of several years – a time he spent furthering his music and creative approach. After falling further through the cracks of electronic music, songwriting and mediocre guitar skills, he landed slightly off centre of hip hop – he’s “hip hop” in as much as he raps and holds faith in the spoken word, the rest is jewellery.

As well as regular performances at his own Vocal Harem nights, 2015/2016 has seen him supporting B. Dolan, Dr Syntax & Pete Cannon, MC Tunes, Andy Cooper (Ugly Duckling) & DJ Moneyshot, DJ Woody, John Power and more, as well as making his debut appearance at the Beatherder festival.

This isn’t a yarn of musical fate, destiny or other implied acceptance of form. The truth is scuffed knees, prescription meds, insecurity and hours upon hours of self doubt hiding behind a shallow breath resonating at a pitch of “this is me…”

Unable to dilute certain facets of character alongside a refusal to deny his place within the world results in a welcome break within a genre where style over substance is often par for the course.