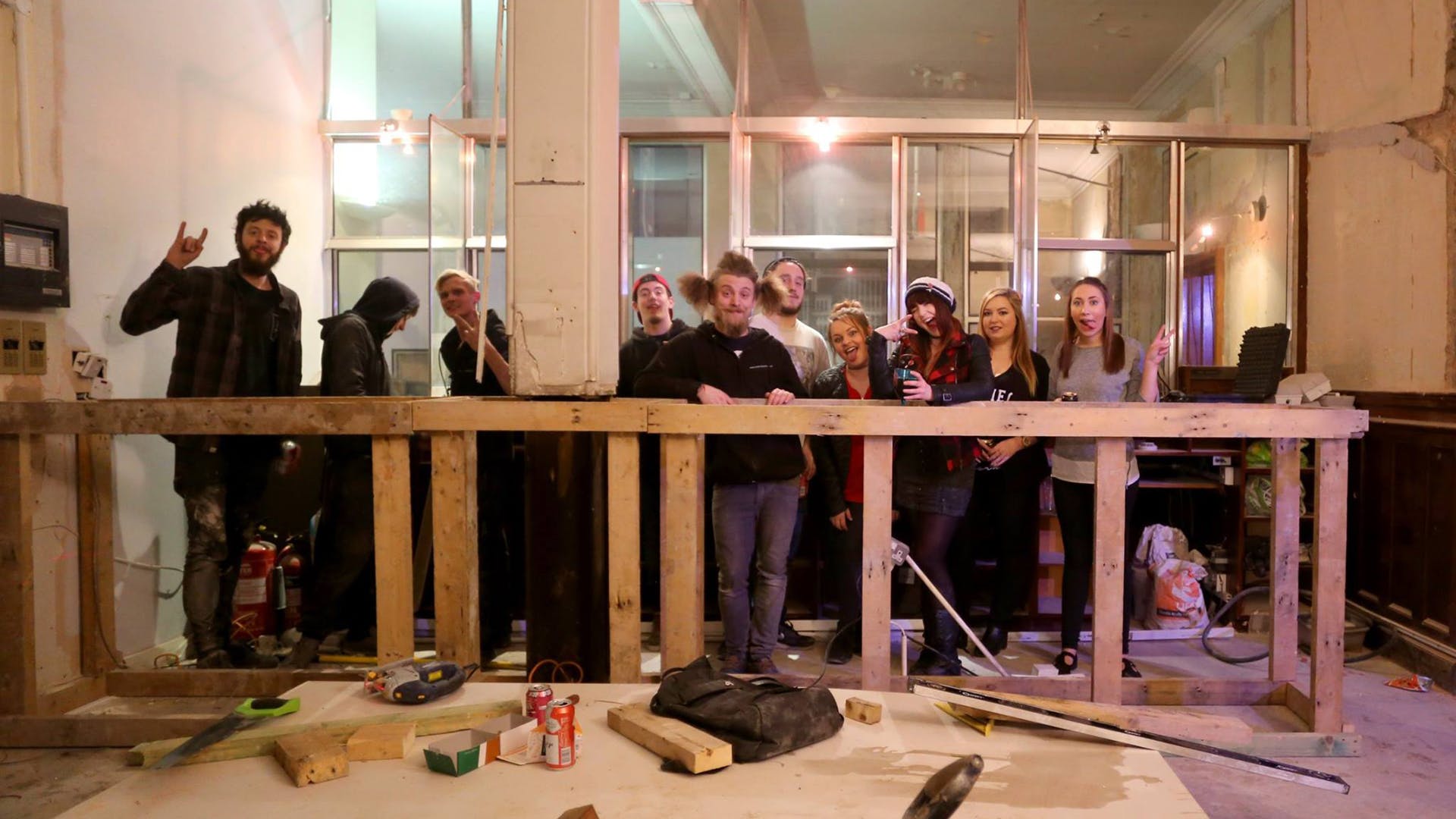 Context-sensitive artist and facilitator Theaster Gates organised a significant gathering under the identity Sanctum (Sanctum, November 21, 2009) in 2015, for 24 days, 24 hours a day. In Bristol, Gates constructed a site which he named Temple Church. The venue became a hub for a temporary swarm of cultural activity, fed meaning by artists, musicians, producers, participants and consumers. Gates is interested in activating cultural dynamism in a type of anti-spectacular way, in the sense that the venue was populated by exclusive participators. The venue famously hosted small-scale happenings with very limited room for observers. This was done in stark contrast to more spectacular happenings, such as the events held at the Academy Music Group’s chain-like music venues, which dominate each major city in the UK, including Bristol. The main function of the gathering is to share contemporary ideas, information and culture. Gates hints at the present research’s theme when he states: “To make the thing that makes the thing” (Gates, 2016). Gates is referring to factors such as identity, organisation and production, in other words developing the infrastructure that creates meaningful cultural dynamism. Gates is interested in designing the parameters that allow for cultural interchange to take place, this notion of creating frameworks, structures and parameters is what the present study posits as neo-tribal organisation. These parameters or constraints typically undergo a process of refinement which can be considered a process of design. The organisation of an event such as Gates’ Sanctum is similar in many ways to the construction of a creative space, it has a direct effect on the cultural movement that occurs within it. The same factors underpin the design and construction of Sunbird Records. Although, where Sanctum only temporarily offered a platform, Sunbird Records is strategically positioned to offer a more permanent structure for neo-tribal participants to develop cultural dynamism within.