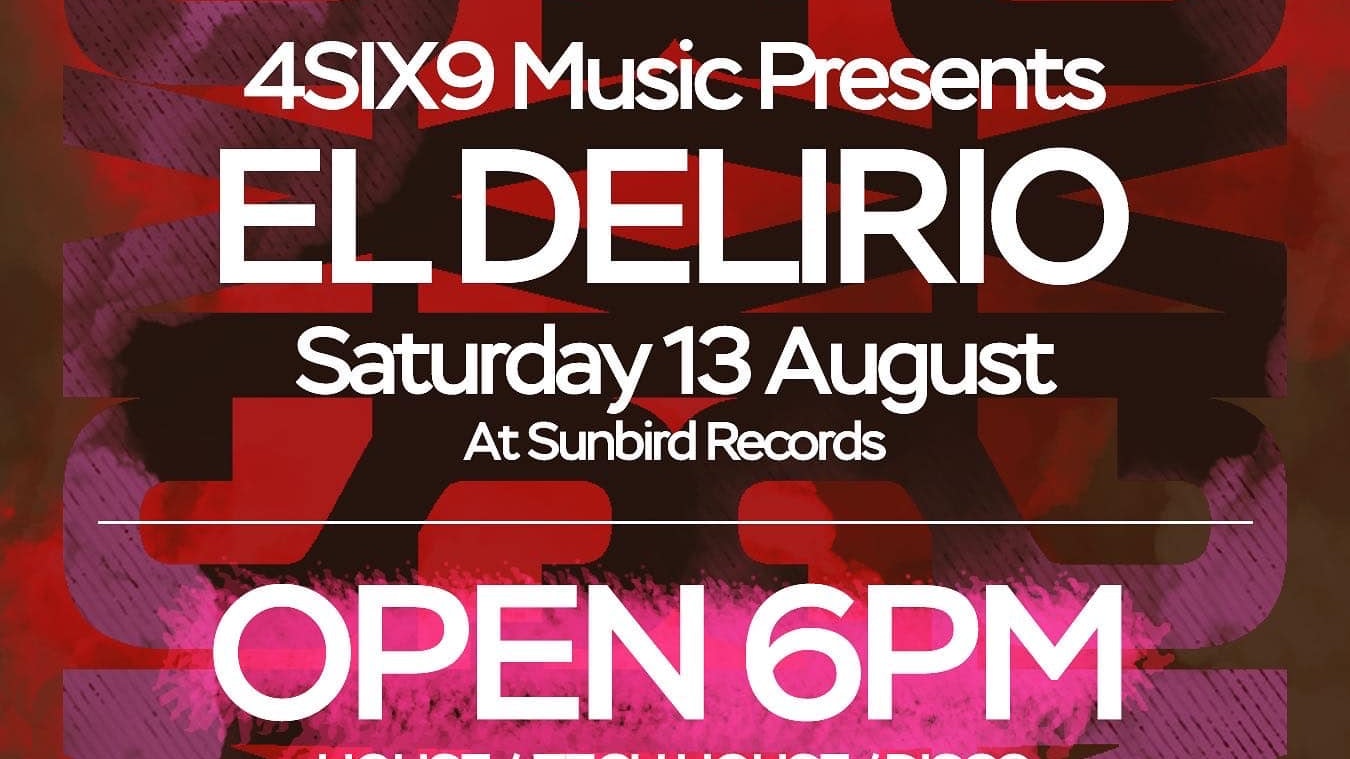 Well well well, 4SIX9 is back with a HUGE party at the iconic Sunbird Records once again…

We’ve been stupidly excited to launch our bi-monthly party EL DELIRIO which will take place once every two months, bringing in some crazy headliners from all over the globe to play us some of the hottest music from across the world supported by some of the best in local talent. Expect high vibes & big tracks…

This time, we’ve got VITO (UK), a DJ/producer from Birmingham, England, and he’s one of the most talked about and most exciting DJs upcoming on the scene right now.His brand started back in 2019 and since then he has become a resident for Foliée, played at a number of Birmingham events supporting the likes of Micheal Bibi, Late Replies, Green Velvet, Reelow plus many more.Since his first ever EP release in January 2021 he has had two number 1s, one on Beatport & one on Tracsource with two different tracks.Since then he has released on some massive labels such as Lost Audio/Unnamed&Unknown/Foliéehabitat label gaining support from some of the biggest djs in the scene, such as Marco Carola, The Martinez Brothers, Stefano Noferini, Solardo, Leftwing & Kody, Neverdogs, Alisha, Late Replies & many more…=====See you all soon!