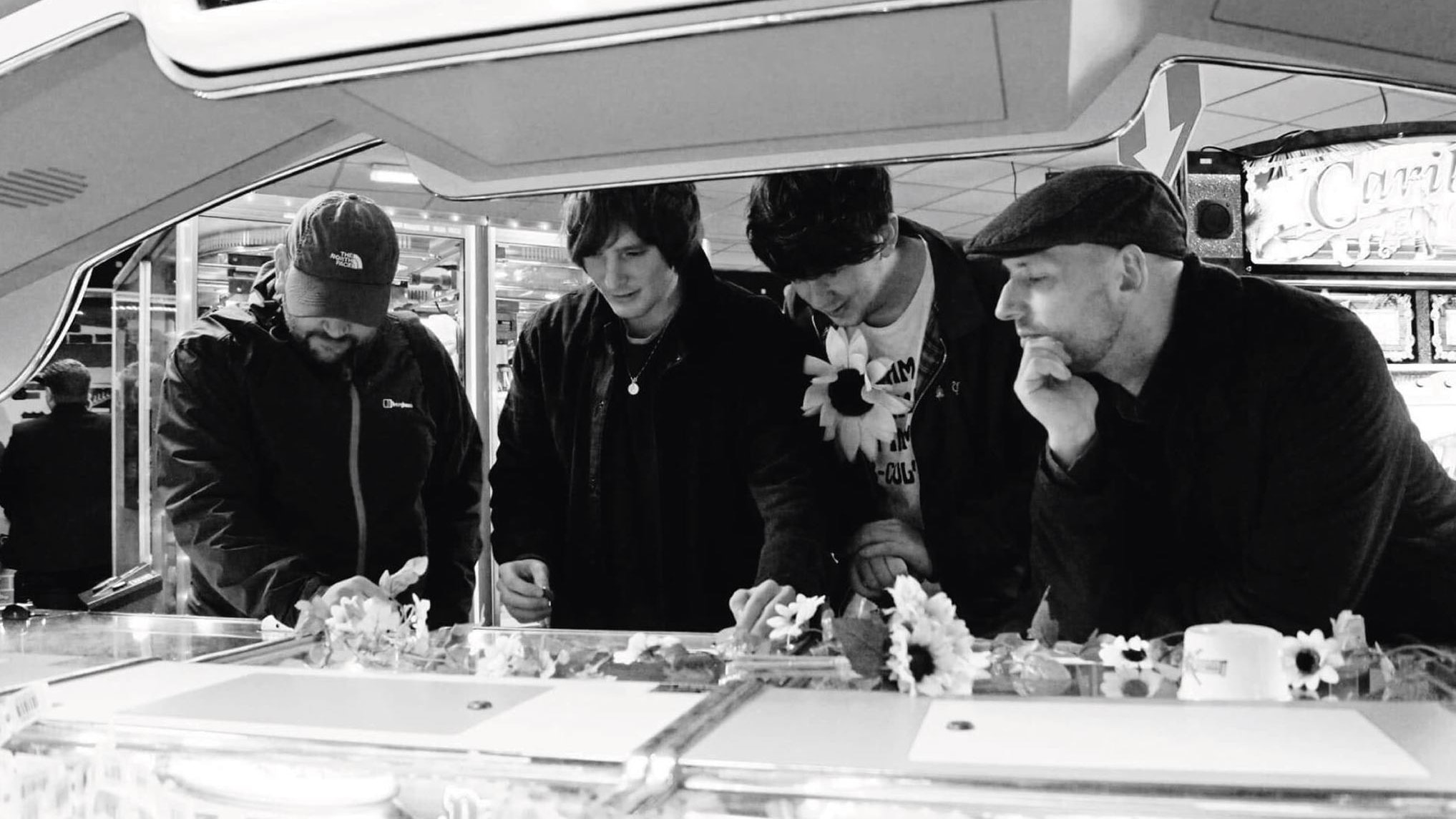 Introducing Waltz Away; your new favourite sad white boy indie band! Drawing influence from the work of acoustic melodic heartbreakers such as Elliot Smith and Ryan Adams, the band combine lilting melodies and intricate instrumentation with raw emotions and heartfelt lyrics, creating a sound that’s both passionate and melancholic. The quartet is comprised of singer & rhythm guitarist Ben Kirton and drummer Steven Smith, formerly of local rockers Anhedonia, bassist Derren Lee Poole and lead guitarist Elliot Thomas. The band are currently making waves in their hometown of Blackburn, where their first performances have showcased not only their keen musicianship, but also their deep connection with a crowd.
With more shows lined up and a bright future ahead, Waltz Away is the perfect group for those looking for deep, insightful tunes to pour your heart out to.

Pints With Gandhi are a four piece Alternative Indie Rock band from Darwen, Lancashire who formed in early 2018.

“Little Illusion Machine are an alternative rock trio from Manchester, whose diverse sound crosses over to a range of sub-genres from hard-rock, post-grunge, to glam-rock, Baroque pop to Neo-Psychedelia. They are ever-evolving.” – The Manc Review.