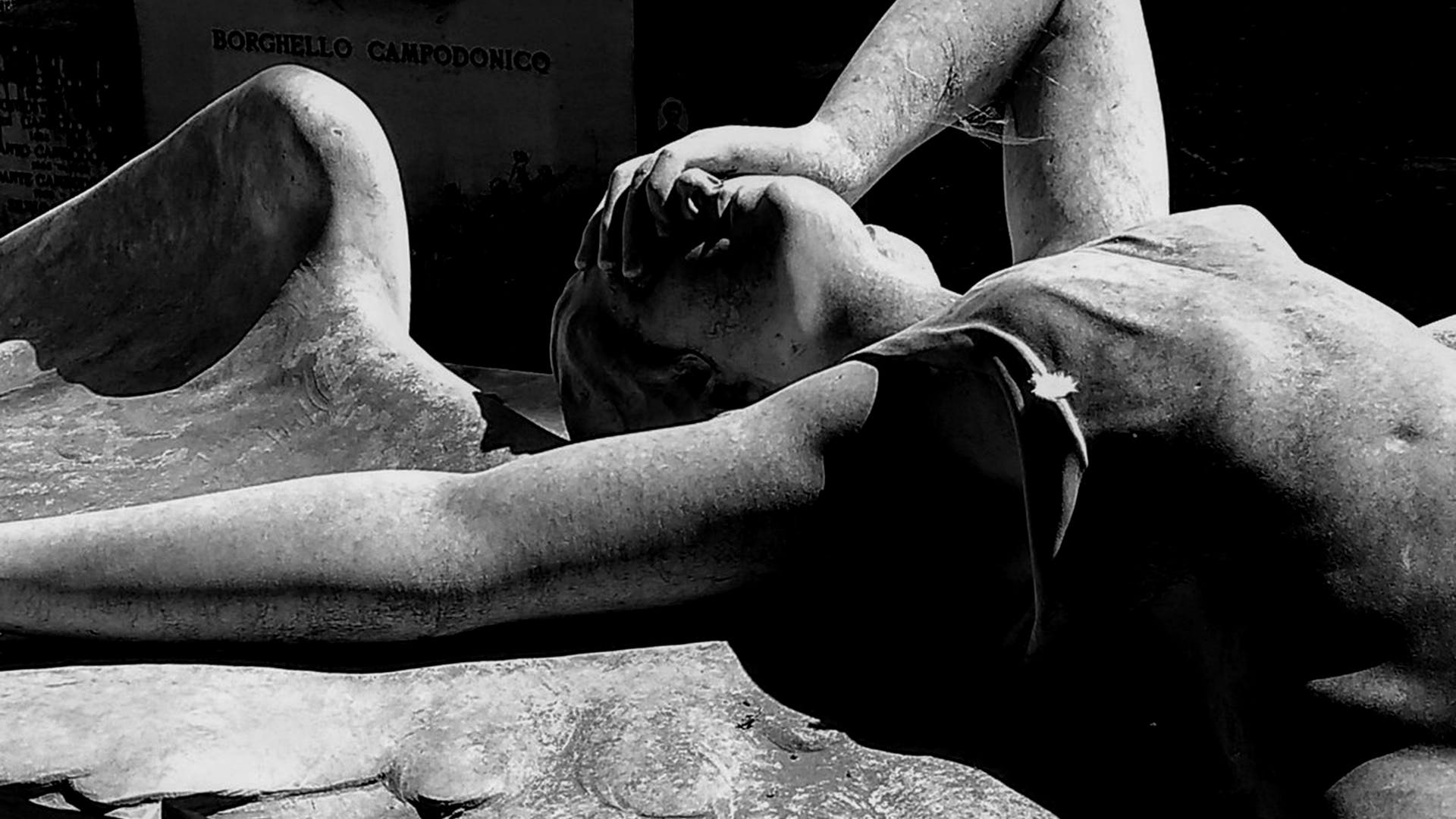 Saville, post Curtis’ death, stated that he didn’t believe the image was a photograph of a real tomb: “it’s a postmodern juxtaposition of a contemporary work housed in the antique. At first, I didn’t believe the photo was an actual tomb” (Saville, 2011). This is pertinent because it highlights Saville’s utilisation of an aesthetic tone. Saville is less interested in the actual tomb and more interested in the evocation of melancholy, which comes from the representation of a tomb. Saville was using the image because of its semiotic value, not because of the value held in the tomb’s portrayal or the value held in the photographer’s choice of framing, choice of lens or choice of exposure.