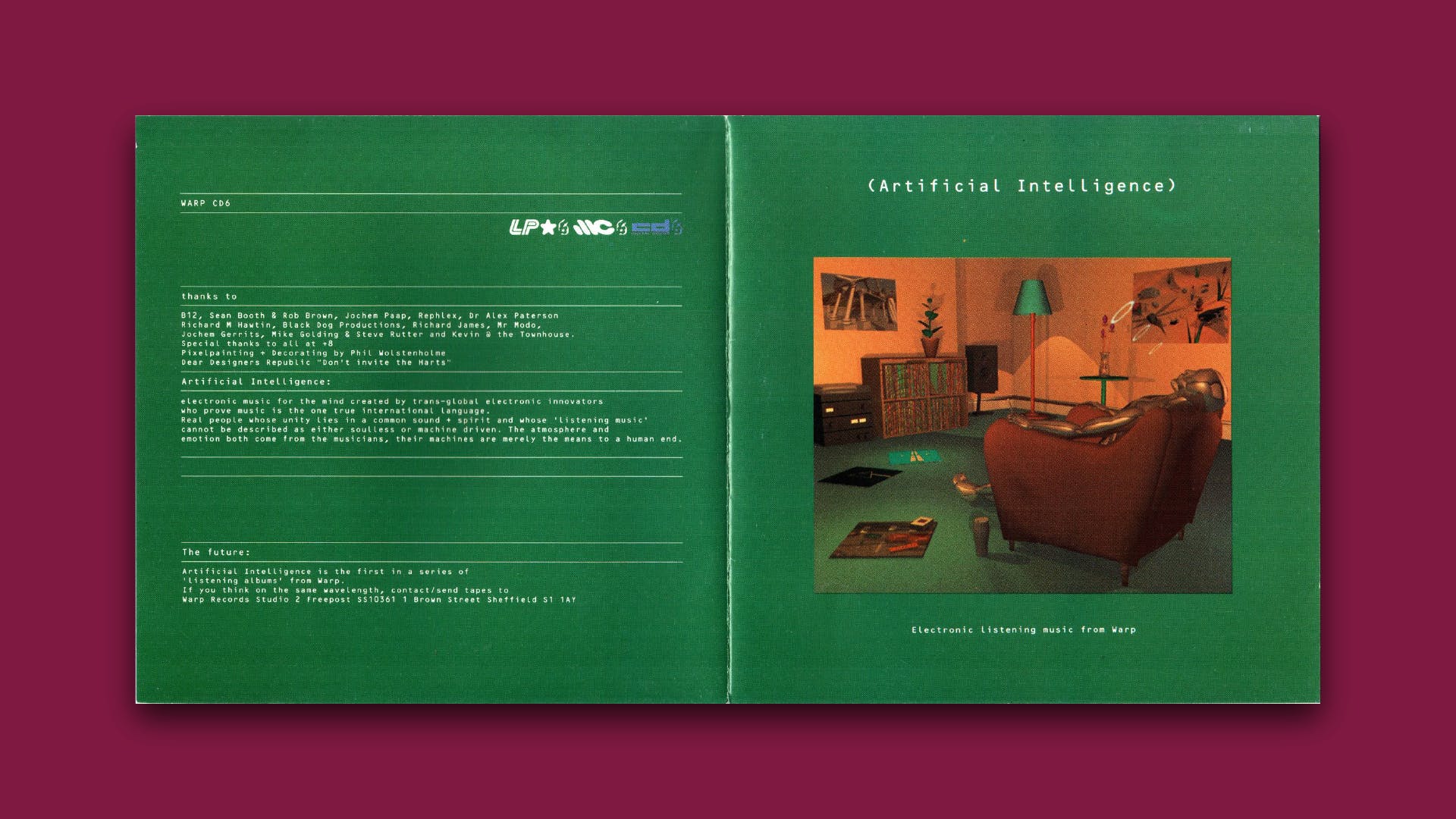 In 1992 Warp Records released a compilation album called Artificial Intelligence, the album’s design articulated techno music as something with more depth, where until now techno music had only really been considered as a culture of entertainment. The record was recognised as catalysing a new discourse on dance music. While considering Artificial Intelligence twenty-five years later for The Guardian, writer Ben Cardew suggests that: “Warp managed to codify this new strain of electronic music, signalling their intentions via the compilation’s name, strapline and cover art” (Cardew, 2017). According to Cardew, the label articulated the compilation in a way that repositioned its music. Interestingly, Cardew notes the “name, strapline and cover art” as the most significant factors in creating this newly positioned electronic dance music, which of course was a production of the record label’s design. The artwork was noteworthy because it featured an android listening to music within a typical living environment, but on the floor are the sleeves of both Pink Floyd and Kraftwerk, designed to signify a convergence, not between progressive rock and electronic music, but the maturity of different languages in music culture. The notion of electronic dance music as something to be listened to at home, as opposed to the more accepted club situation, was an experimental gesture.