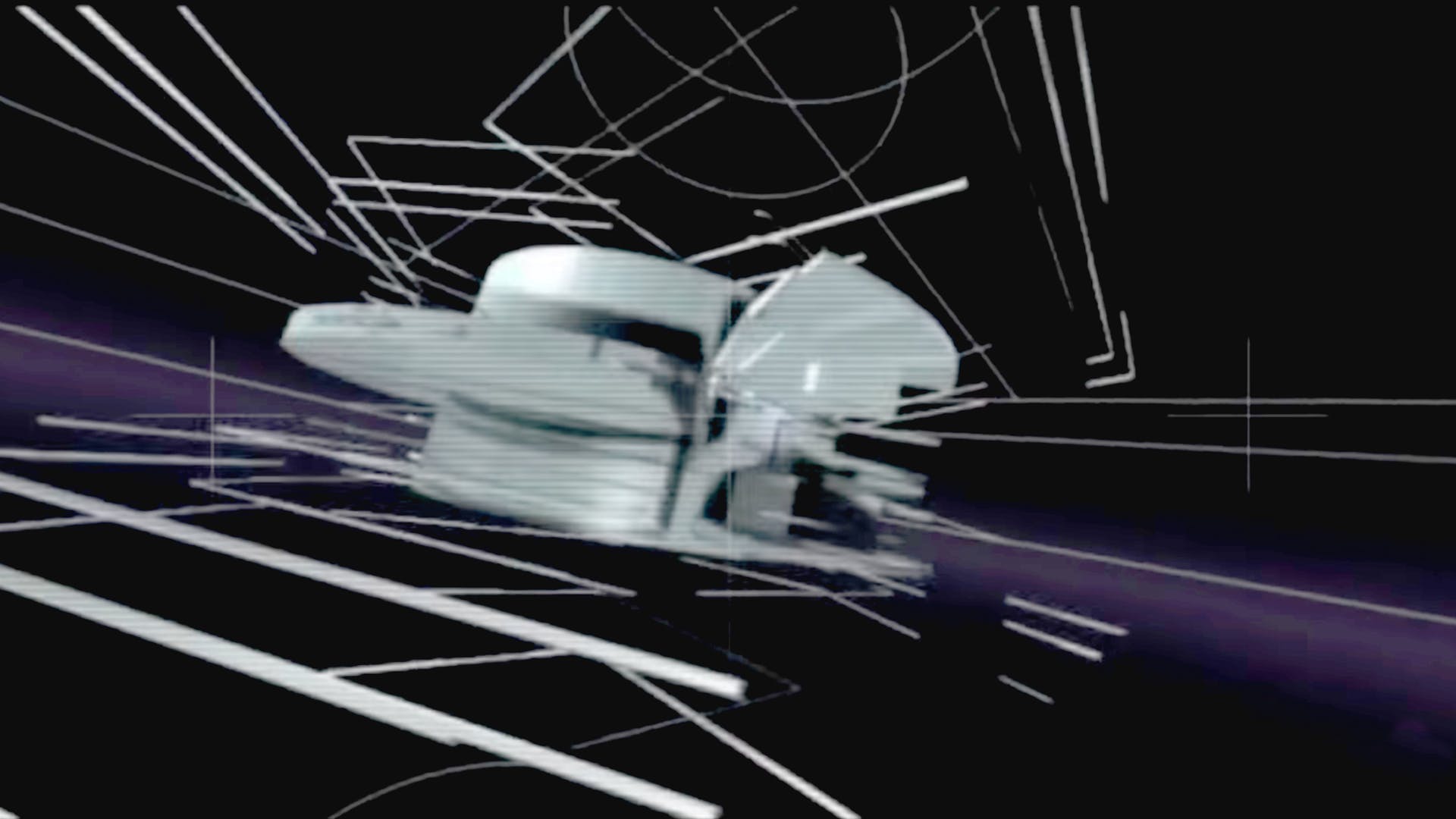 In 2002 Warp Records commissioned Alex Rutterford to produce an animated video for Gantz Graf EP, a three track EP by seminal IDM band Autechre. The title track and counterpart animation ‘Gantz Graf’ became one of the most recognised computer graphic creations of its time. The animation is populated by metaphysical shapes that respond to Autechre’s music, in a time when, for independent 3D visual production, responsive or reactive functionality was still in its infancy. What became the driving force of the animation then, was not necessarily the aesthetic properties, but the narrative associated with the animation’s process of production. At that time creating such an animation would have been laborious and challenging, requiring meticulous attention to detail and perseverance. Much like the narrative that supported the label’s musical productions, ‘Gantz Graf’ appealed to consumers in the same way a stop-motion animation would have captured the imagination of an audience in the 1960s. This was due largely to Rutterford’s utilisation of a primitive technology and his ability to push the said technology to its limits. In an interview with Warp, Rutterford explains how he spent more than four weeks conceptualising a method to be able to begin constructing the video, he later states that: “The rest of it is complete and utter boring number crunching, entering sums and stuff” (Rutterford, 2008). The narrative of painstaking labour on Rutterford’s part, is of course evident to consumers, producers and participants of animation as a subculture, making the video a developer of subcultural capital for these participants. Perhaps the reason for this interview nearly six years later is for the label to both produce more information for past consumers and to re-iterate more clearly the narrative of the film’s production.