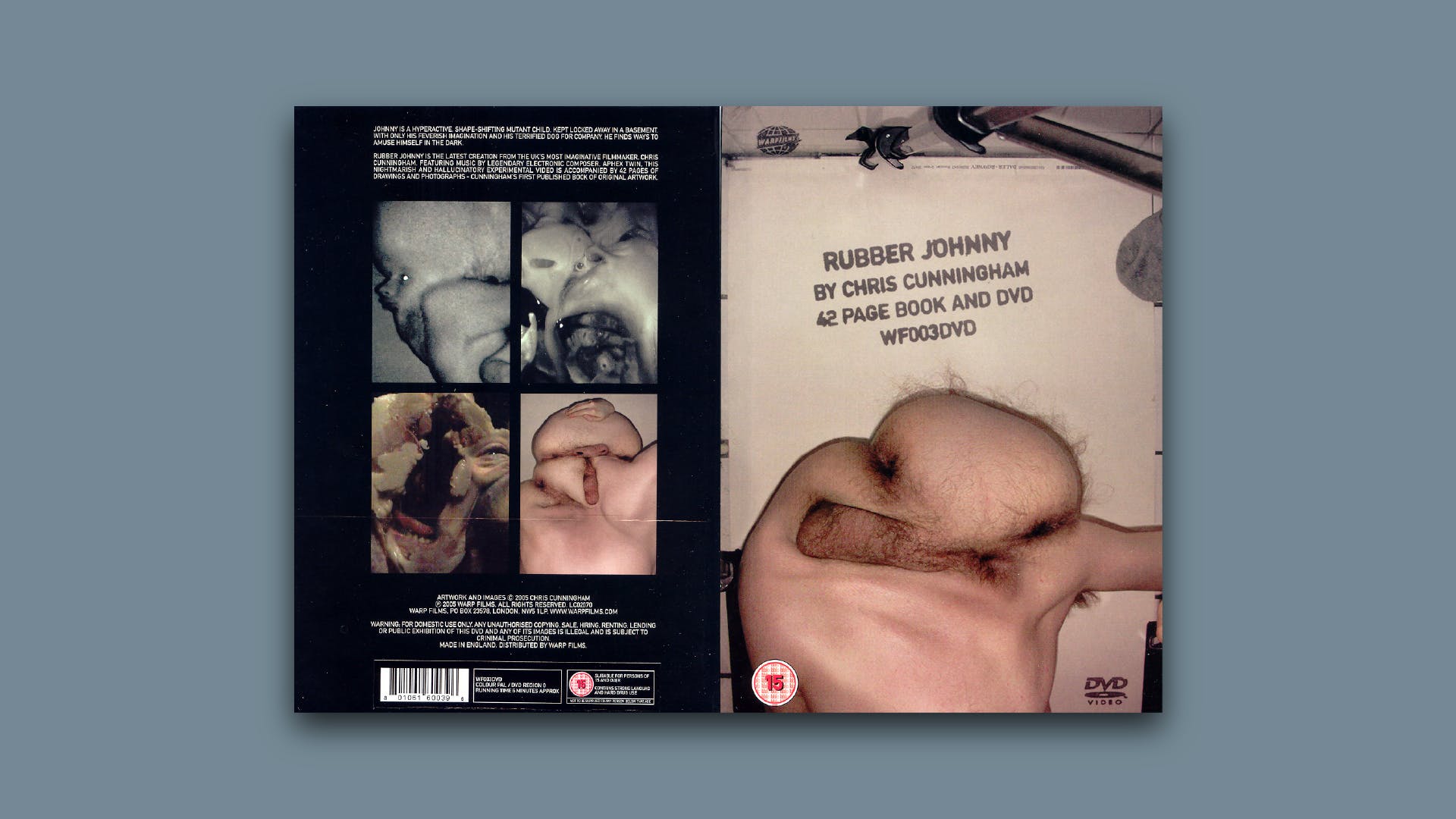 For many of Warp Records’ participants, Richard James’s (Aphex Twin) single ‘Rubber Johnny’ remains one of it’s most noteworthy productions, due largely to the short film which accompanied the release. This film was produced in collaboration with experimental musician and video artist Chris Cunningham and features a young adult suffering with hydrocephalus, who responds to Aphex Twin’s music while restrained in a wheelchair. The film infamously celebrates fractious content, causing controversy upon its distribution. This type of cultural production gained the label and its associated artists much notoriety as the content became the mechanism and its virility became the medium. ‘Rubber Johnny’ was released shortly after the birth of YouTube in February 2005 which became a primary distribution channel for the short film due to its subcultural nature. Subsequent to the film’s release, we can see its language being re-produced in different forms, from films like William Malone’s ‘Fair Haired-Child’ (2006) to album covers like ‘No Love Deep Web’ by California based noise band Death Grips (2012).