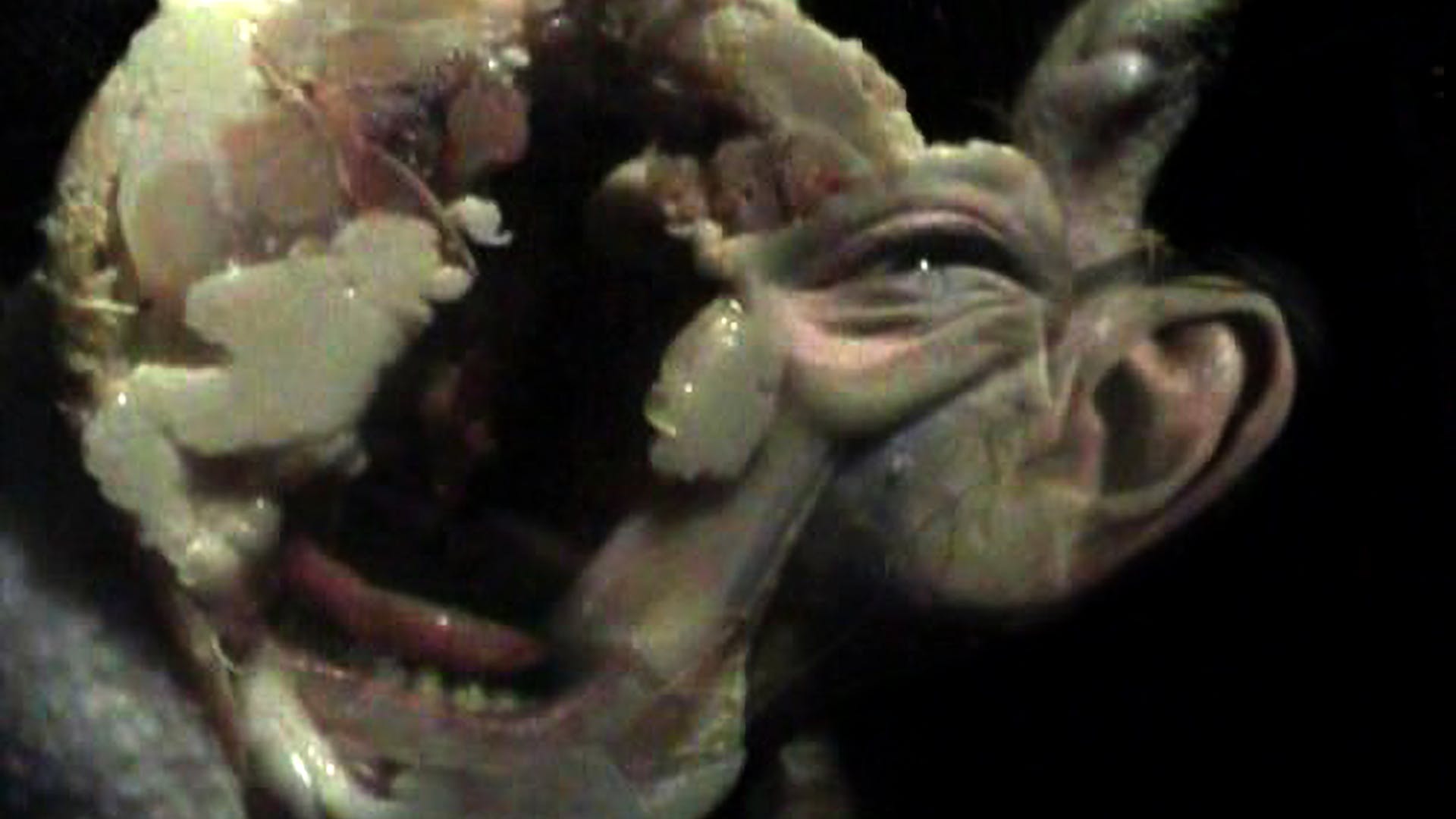 In stark contrast with the design aesthetics employed by Factory Records, Warp Records position distorted and fragmented aesthetic language within electronic music culture, similar to the way postmodern graphic design superseded modernist graphic design. Both ‘Gantz Graf’ and ‘Rubber Johnny’ utilise distressed information at a high resolution to signify very different messages in relation to Factory Records or Vertigo Records. In a sense, both graphic productions were relatively radical music videos, particularly for independent electronic music culture, because they challenged the accepted narratives found in existing music videos at that time. ‘Rubber Johnny’ is a highly stylised film due to it being shot almost entirely in infrared, but what made the films content tangible, and in a way more lucid, were the prosthetic based special effects produced by Cunningham. There is a section of the film where the main character collides with the camera destroying his face in a gruesome and haunting way that could only be depicted through prosthetic manipulation. The nature of the film’s aesthetic separates audiences in a way that is contextualised by the culture industries climate at that time, as music culture was becoming progressively more accessible due to emerging digital platforms. Warp Records created content that actively divided its consumers, creating fans that would follow the label development, while simultaneously repelling consumers that might find their content incomprehensible. This act again assists Cardew’s notion of codifying of participants. The notion of separating, codifying and re-codifying consumers has been apparent since subculture emerged in the 1970s. For electronic music, which became popular through the late 1990s and early 2000s, the act of subcultural separation had yet to happen, which is what Warp Records, Aphex Twin and Chris Cunningham achieved with their graphic production of ‘Rubber Johnny’.