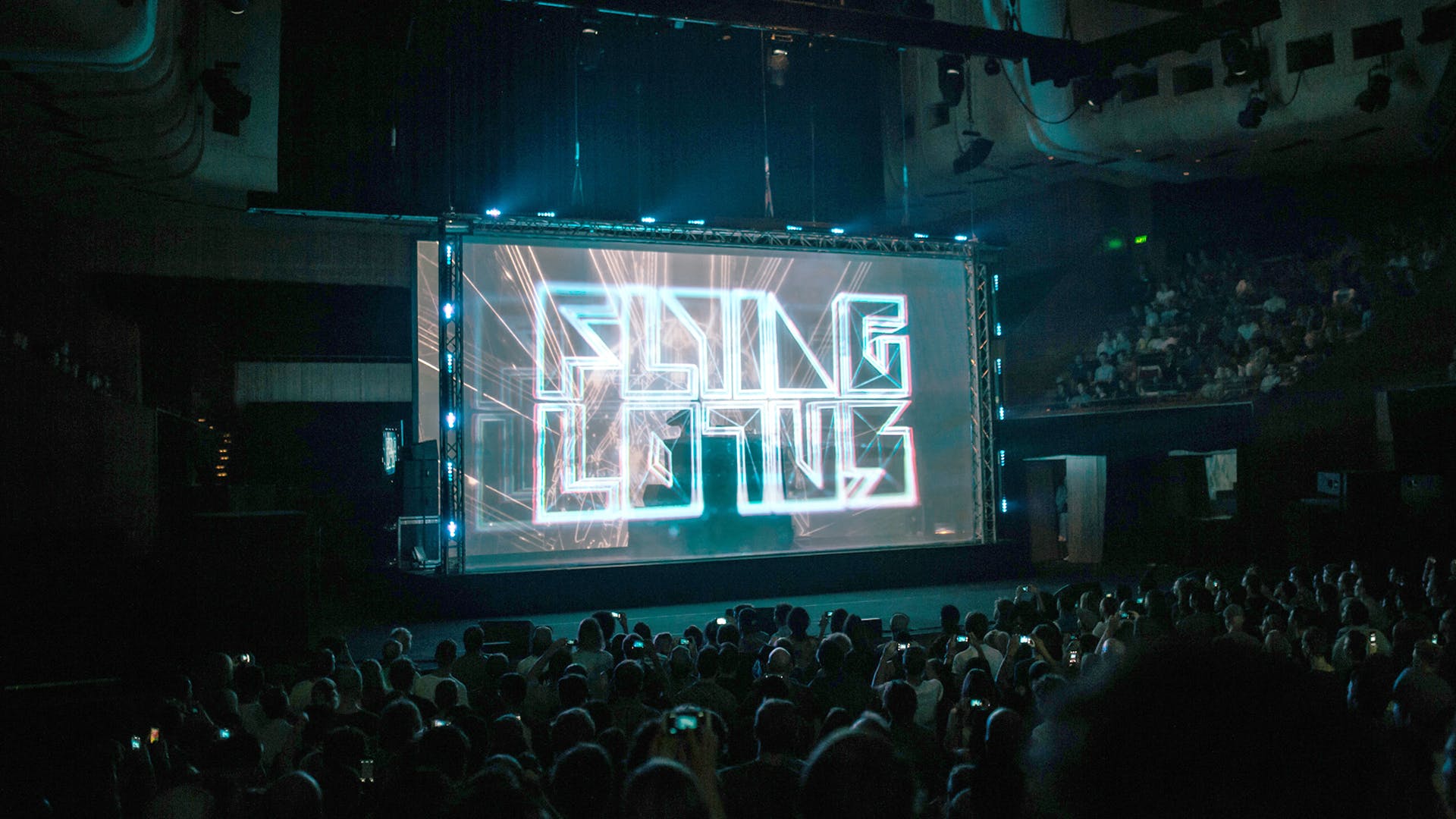 In 2011, Warp Records’ Steven Ellison (Flying Lotus) developed a project that moved beyond existing print or screen-based media, it was named Layer 3. The project was created in collaboration with John King (Timeboy) and David Wexler (Strangeloop) who produced a type of 3D graphic language which enveloped Ellison’s live music performance to create a fully mediatised live experience. Layer 3 took elements of performances like Kraftwerk’s 3-D The Catalogue and radically accelerated their live and performative mechanisms. Layer 3 produced a graphic yet tactile quality to the live aspect of Ellison’s performance, due to its active physical three-dimensional installation. In contrast, Kraftwerk’s 3-D The Catalogue, albeit using physical properties, relied heavily on 3D glasses which produced an illusionary quality. Layer 3 graphically challenged the way in which aesthetic elements were orchestrated by transforming the visual assets into a playable instrument, not simply as an accompaniment to the music. Both King and Wexler trigger the visual assets with MIDI instruments, potentially making for a more immersive live performance. The show is effectively a live remix, pulling from a pool of audio and visual assets, creating a live post–production (Bourriaud, 2002) as a 3D immersive audio/visual experience.