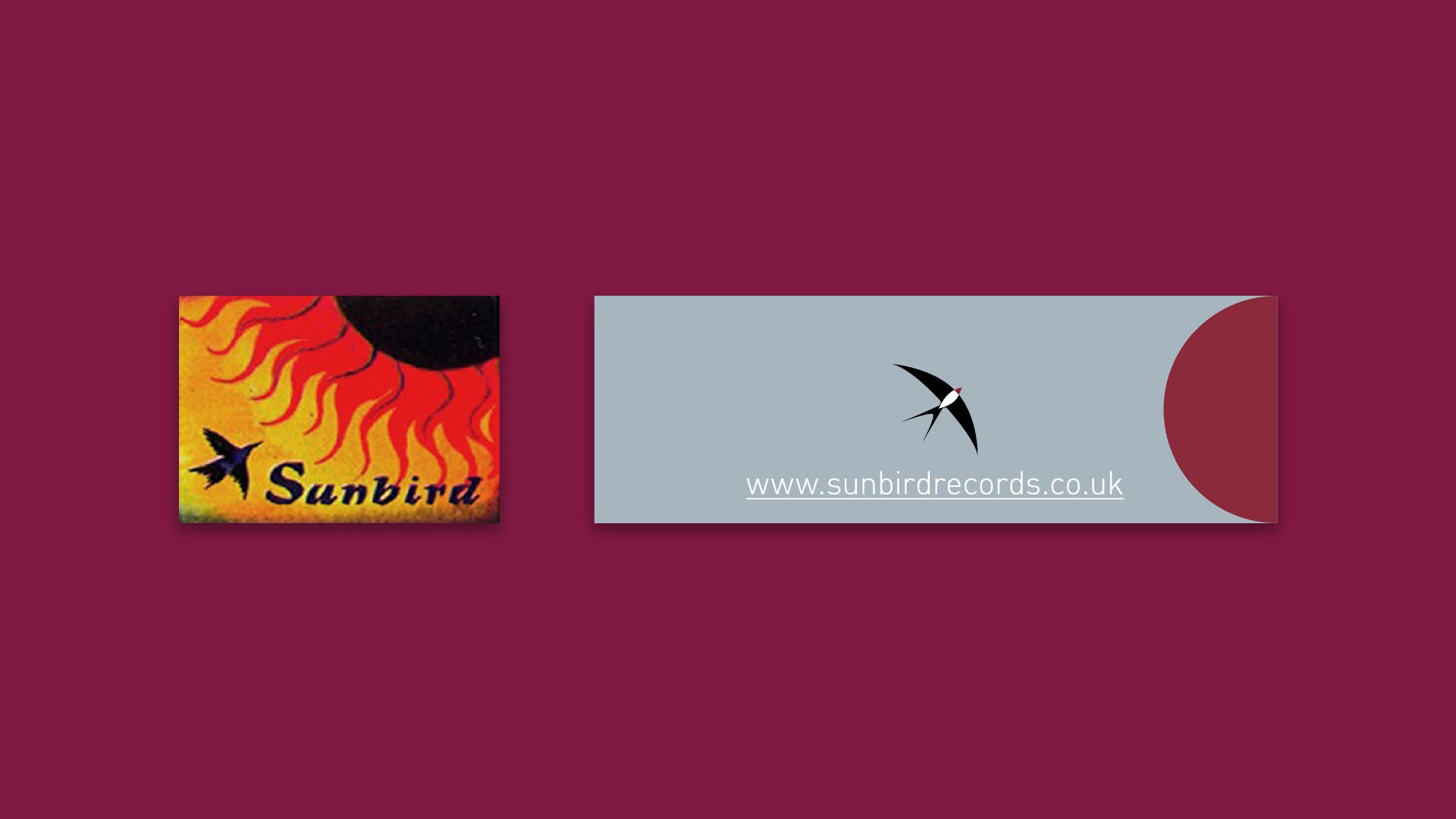 Sunbird Records was originally founded by Steven Lindley and Ian Almond as a way of releasing world/fusion music in Darwen, Lancashire. Upon its first graphic interpretation in 1999, the Sunbird Records logo symbolised a small bird flying towards a sun, finally, the graphic was overlapped with a cursive typeface projecting the word “Sunbird”. The logo was only ever produced as a low-resolution jpeg, initially designed for the reverse of CD packaging. Upon the label’s rebirth in 2013, Vector designs were created in order to allow its user the maximum amount of flexibility, creating a pool of assets for the label’s participants to utilise. The bird icon could be used alone, as too could the sun, or the web URL. Long-term however, and almost by accident, the graphic which came to represent Sunbird Records was the burgundy sun. It was the most malleable and adaptable representation of the record label and therefore advanced the graphic identity and aesthetic language employed. This graphic identity became a major part of the label’s connectivity with its audience as the label started to produce merchandise, and through this reproduction, the branding began to evolve.