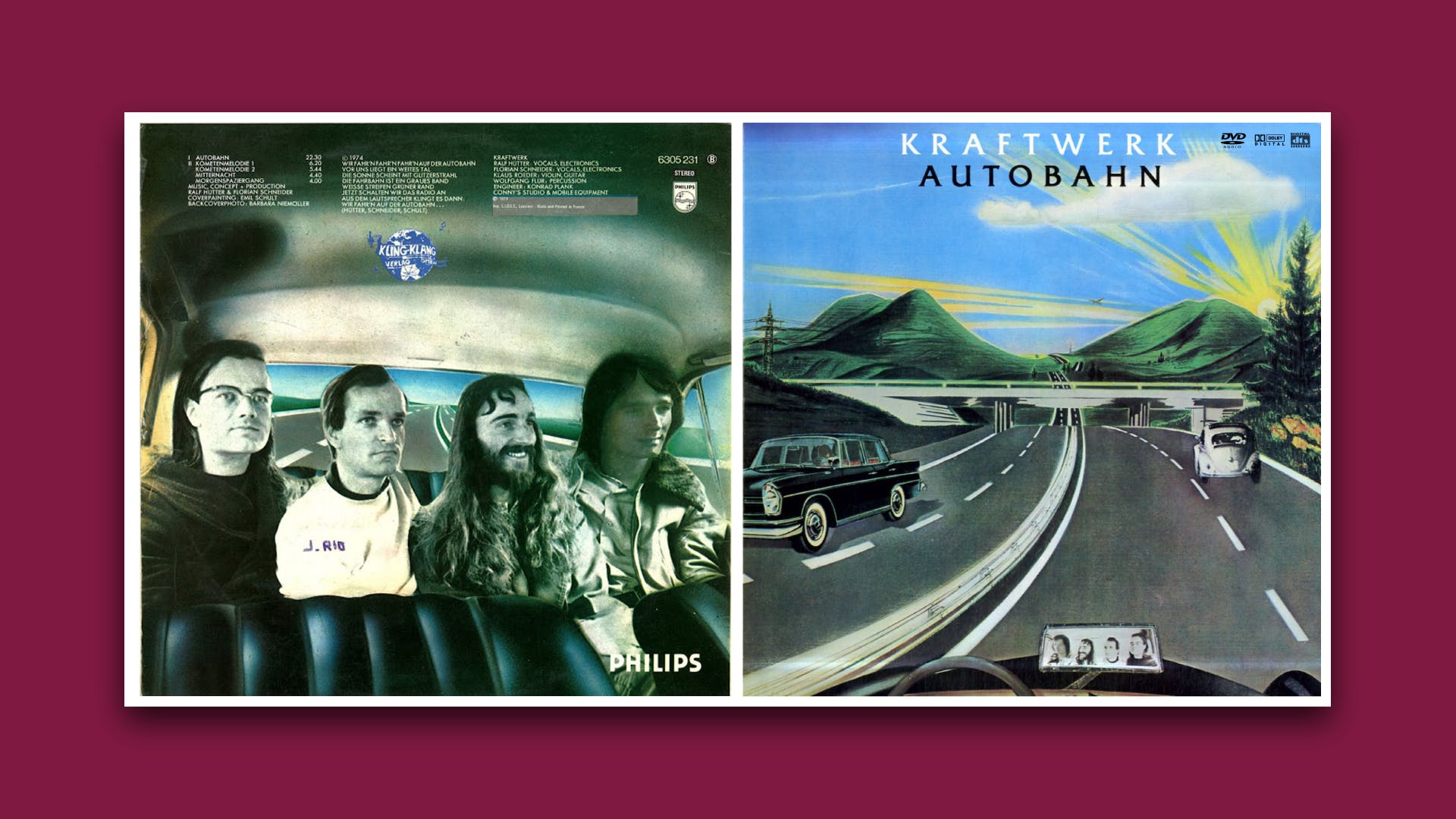 Vertigo Records is a UK based record label originally developed as a subsidiary label of Phonogram Inc. in 1969 by Olav Wyper, before eventually being acquired by Universal Music UK. The label has released music by rock artists such as Black Sabbath, Genesis, Metallica, KISS and Bon Jovi. Interestingly, while physical copies of music dominated the music industry, the label also focussed on importing records, bringing foreign music culture to the UK for distribution. Vertigo Records were responsible for importing and distributing seminal krautrock artists Kraftwerk, but more significantly the re-design of Kraftwerk’s Autobahn sleeve artwork, which went on to become one of the most influential and iconic graphic productions in electronic music culture. The original sleeve designs for Autobahn were produced by German artist Emil Schult, depicting an over-saturated hyper-lucid German motorway, and the reverse cover depicted the band as passengers inside a moving car. Graphically, at that time, this might have been a competent and accepted album sleeve design. However, when Vertigo Records imported the album to the UK in 1974, the label had their in-house design team re-produce the cover art, using only the motorway sign. This remix of the original album cover became the iconic and lasting representation of Kraftwerk’s Autobahn.