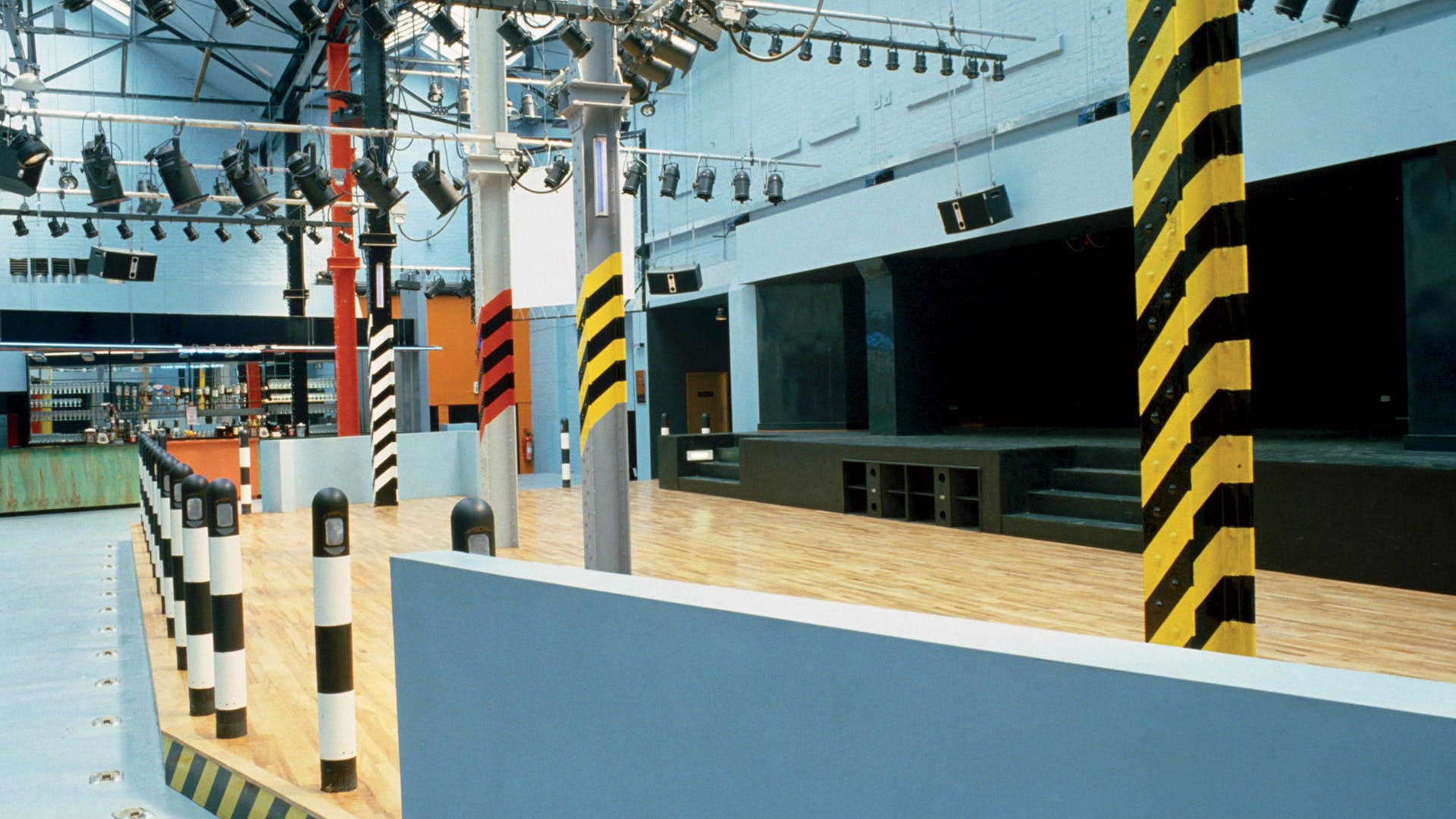 Saville suggested interior and graphic designer Ben Kelly produce the interior of Factory Records’ next bold venture, Fac 51, The Haçienda. Staying true to the label’s employment of juxtaposed symbolism, the venue famously housed “bold directional and warning markings, neon bar signs, bollards and cats-eyes which mapped out the dance-floor” (BKD, 1982). This became the physical home of Factory Records, an incubator for the developing Manchester rave movement. Financially it spelt disaster for the label and a contributing factor to the downfall of Factory Records. However, by this time the label had already made its mark in the narrative of independent record label culture, and in doing so it generated new narratives for the design of an independent record label.